Viscosity Grade Bitumen (Asphalt) is a Bitumen grade mostly used as a paving grade and it is suitable for road construction and for asphalt pavements producing premier attributes. VG Bitumen is usually used in the production of hot mix asphalt. Bitumen Viscosity Grade is classified into VG–10, VG–20, VG–30, and VG–40. Viscosity Grade Bitumen is petroleum grade bitumen produced from fractional vacuum bottom which comes from distillation of crude oil where the appliance and behavior changes according to its temperature. ASTM International, formerly known as American Society for Testing and Materials, is an international standards organization that develops and publishes voluntary consensus technical standards for a wide range of materials, products, systems, and services. Some 12,575 ASTM voluntary consensus standards operate globally. It is specified by ASTM Standard D3381–09 and AASHTO M226–80 (2008). VG Bitumen specifications cover by Viscosity at 60 ºC (140 ºF). 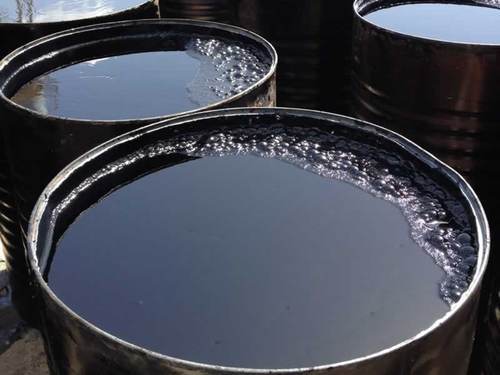 We have two methods of grading:

Viscosity grade bitumen has a thermoplastic feature which causes the material to soften at high temperatures and to harden at lower temperatures. This temperature viscosity relevance is significant when specifying the performance parameters such as the adhesion, rheology, durability and application temperatures of bitumen. In the Viscosity Grade Bitumen specifications, the most important factor is based on the Bitumen ductility. 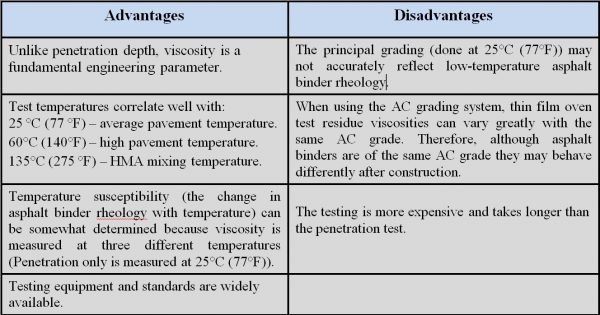 Viscosity Grade Bitumen (Asphalt) is a standard grade Bitumen usually used as a Paving Grade Bitumen suitable for road construction and for the production of asphalt pavements with superior properties. This grade of Bitumen is mainly used in the manufacture of hot mix asphalt for bases and wearing courses and possesses characteristics and qualities that are unique and quite different from other agents. They achieve very flexible and tenacious connections with other materials due to the Viscoelastic response of bitumen whose behavior depends on how fast charges are applied. Viscosity Grade Bitumen is petroleum grade bitumen manufactured from fractional / vacuum distillation of crude oil whose practical appliance and behavior varies according to its temperature. The Bitumen supplied is produced from the vacuum residue (short residue) feedstock. Viscosity Grade bitumen is specified by the methods described in ASTM Standard D3381–09 and AASHTO M226–80 (2008). Viscosity Graded specifications cover bitumen (asphalt) graded by Viscosity at 60 ºC (140 °F).

According to viscosity (degree of fluidity) grading, higher the grade, the stiffer the Bitumen. Tests are conducted at 60 ºC (140 ºF) and 135 ºC (275 ºF), which represent the temperature of road surface during summer (hot climate, similar to northern parts of India) and mixing temperature respectively. The penetration at 25 ºC (77 ºF), which is annual average pavement temperature, is also retained.

VG–10 BITUMEN: VG–10 is widely used in spraying applications such as surface dressing and paving in very cold climate in lieu of old 80/100 Penetration grade. It is also used to manufacture Bitumen Emulsion and Modified Bitumen products.

VG–30 BITUMEN: It is a kind of bitumen, which is produced during the process of oxidation of vacuum bottom in distillation tower and is categorized based on its viscosity grade. The main common usage of bitumen VG–30 is primarily used to construct extra heavy duty Bitumen pavements that need to endure substantial traffic loads. Also, VG–30 is in road construction, waterproofing, building construction industries and also in cutback bitumen production. It can be used in lieu of 60/70 Penetration grade. It is the most suitable for use in hot and rainy weather condition and suitable to be used in mild regions.

VG–40 BITUMEN: VG–40 is used in highly stressed areas such as intersections, near toll booths and truck parking lots in lieu of old 30/40 Penetration grade. Due to its higher viscosity, stiffer Bitumen mixes can be produced to improve resistance to shoving and other problems associated with higher temperature and heavy traffic loads. 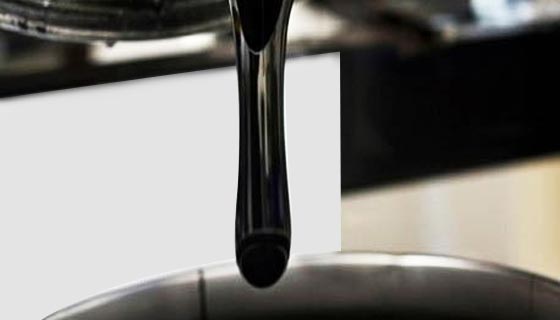