Virgin coconut oil is derived from fresh coconuts (rather than dried, as in copra). Most oils marketed as “Virgin” are produced one of three ways:

Unlike olive oil, there is no world or governing body that sets a standard definition or set of guidelines to classify Coconut oil as “Virgin”.

Crude Coconut Oil or CNO, in short, is commonly known as “industrial grade oil.” Originally, CNO is a high end–product that comes from the process of oil extraction from Copra. Oil extraction requires the use of pressure and heat. The purpose is to refine and eliminate impurities as well as contaminants. After the extraction, the Copra can achieve the appropriate moisture content, which is 6–8%.

Crude coconut oil remains one of our main products. It is derived from dried coconut meat, known as copra. Prior to oil extraction, coconut meat is dried to achieve a moisture content of 6–8%. Oil is extracted from the copra by using expellers and residual oil from the cake is recovered through solvent extraction.

Coconut oil is characterized by high saturated fat content. Compared to other edible oils, it oxidizes more slowly, which is why it does not spoil easily. However, without refinement, as is the case with crude coconut oil, its shelf life is lower. The color and odor of crude coconut oil also makes it unsuitable for use in cosmetics or food. It has other uses though in non–food industries. Crude coconut oil contains small amounts of crude fiber and trace metals such as iron (Fe), lead (Pb) and copper (Cu). It is high in lauric acid, which is used in many commercial products as antimicrobial agents.

Crude coconut oil is industrial grade oil, which can be a raw material in the production of surfactants and lubricants. More recently, its use as a diesel engine fuel has been the focus of several studies. Further research is also being done to know more about the potential of coconut oil as a fuel for electricity generation. We look forward to new and more innovative ways of utilizing crude coconut oil based on research and development in the future.

Free Fatty Acid (FFA) in coconut oil can reach more than 0.1%. Therefore, it cannot be immediately consumed by people. It is advisable to use crude coconut oil only for external consumption. CNO is really great for lubrication and moisturizing purpose due to the percentage of moisture level. CNO has the quality of being mild when applied to the skin. It also has the attribute of being gentle on the surface. It could also be used as a cleaning solution and a sunscreen agent. It is, therefore, often used as raw resources for oleo–chemicals, soap production, shampoo, and cosmetic products.

Coconut oil also has a high saturated fat quality. It oxidizes more steadily than other vegetable oils that are why it does not ruin easily. But, without refining, as was the situation with crude coconut oil, the shelf life of the oil is lower. The shade and smell of unrefined coconut oil also make it inappropriate to be used in beauty products or food. It has several advantageous uses for non–food businesses. Crude coconut oil comprises tiny amounts of raw fiber and trace materials like iron (Fe), lead (Pb), and copper (Cu). It is rooted in lauric acid, which is used as an antimicrobial agent in several similar products.

Previously, coconut oil has been used as a diesel engine fuel in a number of studies. More researches are also being performed to learn as much about the capability of coconut oil as gasoline for energy production. We also take a glance forward to creative ways of using crude coconut oil based on future research and development.

Crude Coconut Oil, also referred to as “CNO,” has been utilized in many industries, including; beauty, food, healthcare, nutraceuticals, soap, as well as a replacement for petroleum oil such as industrial grade oils and more recently, as a feedstock in the production of Biodiesel.

Crude Coconut Oil is produced by pressing the crude oil from the coconut’s copra, which is the dried coconut meat. Typically, the pressing is accomplished through the use of an expeller press. After the crude coconut oil has been expressed, it is then “refined” which eliminates contaminants or other impurities. Once further processed by refining, the product is called RBD (Refined) Coconut Oil. From RBD Coconut Oil, this can be further transformed to create Specialty Fats. 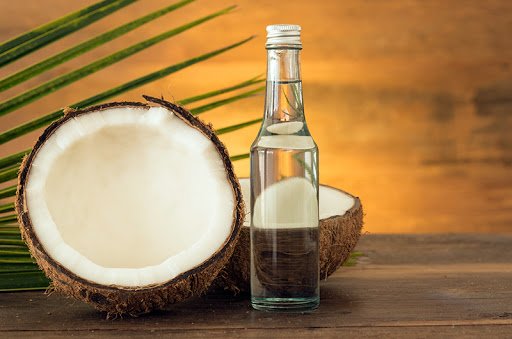 Among the most stable of all oils, coconut oil is slow to oxidize and thus resistant to rancidity, lasting up to two years due to its high saturated fat content. In order to extend shelf life, it is best stored in solid form (i.e. below 24.5 °C [76 °F]).

One of the characteristics of CNO is the high amount of free fatty acid. Several benefits come with this kind of acid. Here are some of them:

Coconut oil has a high amount of saturated fats. Such fats have varying effects throughout the body compared to many other dietary fats. Fatty acids of crude coconut oil may allow your body to burn calories and provide swift energy to your heart and brain. They also increase the amount of HDL (good) cholesterol into your veins that may reduce the risk of heart disease. Many diet fats are classified as Long–Chain Triglycerides (LCTs). In contrast, coconut oil comprises several Medium–Chain Triglycerides (MCTs) that are smaller chain fatty acids.

They appear to go directly into your liver once you consume MCTs. Your body then uses it as a single energy source or turns it into a “Ketone“. Ketones can also have potent brain benefits, and scientists are researching Ketones as a therapy for epileptic seizures, Alzheimer’s disease, as well as other conditions.

Coconut is rare nourishment in the world, especially with people who are sensitive to health being the main customers. In several regions of the world, however, coconut – stuffed with coconut oil – is a staple crop that individuals have prospered on for generations to come.

For instance, a 1981 study found that the inhabitants of Tokelau, an island in the South Pacific, derived more than 60% of their calorie intake from coconut. The study found not only good health but also deficient levels of coronary heart disease. In Papua New Guinea also consume much coconut, along with tubers, fruit, and fish, and develop little stroke or cardiovascular disease.

Insulin resistance is among the greatest conditions of health affecting the civilized world currently. Although some people believe that diabetes is just a simple case about how many calorie intakes someone consumes, the origin of these calories is also essential. Different diets influence the body and the hormones in various ways. Coconut oil MCTs may boost the number of calories the body burns relative to longer chain fatty acids.

Fractionated coconut oil is also used in the manufacture of essences, massage oils and cosmetics. Coconut oil is an important component of many industrial lubricants, for example in the cold rolling of steel strip.

Coconut oil is excellent as a skin moisturizer and softener. A study shows that extra virgin coconut oil is as effective and safe as mineral oil when used as a moisturizer, with absence of adverse reactions. Although not suitable for use with condoms, coconut oil is an excellent, inexpensive lubricant for sexual intercourse, though it may cause an allergic reaction.

In India and Sri Lanka, coconut oil is commonly used for styling hair, and cooling or soothing the head. People of Tamil Nadu and other coastal areas such as Kerala, Karnataka, Maharashtra and Goa bathe in warm water after applying coconut oil all over the body and leaving it as is for an hour to keep body, skin, and hair healthy.

Coconut oil has been tested for use as a feedstock for biodiesel to be used as a diesel engine fuel. In this manner it can be applied to power generators and transport using diesel engines.

Coconut oil is blended to make biodiesel but can also be used straight, without blending. B100 biodiesel blends are only possible in temperate climates as the gel point is approximately 10 ºC (50 ºF). The oil needs to meet the Weihenstephan standard for pure vegetable oil used as a fuel since otherwise moderate to severe damage from coking and clogging will occur in an unmodified engine. Stationary engines that are continuously loaded (>70%) may possibly be used without engine modifications but there is divergent opinion about this.

The physical constraints of using raw coconut oil in a diesel engine are formed by:

Raw coconut oil can be used as a fuel for generating electricity by remote communities that have an abundant supply of coconuts and milling capacity, provided diesel engines are adapted.

During February 2008, a mixture of coconut oil and babassu oil (Cusi oil) was used to partially power one engine of a Boeing 747, in a biofuel trial sponsored by Virgin Atlantic.