Foundry is a factory that produces metal castings. Metals are cast into shapes by melting them into a liquid, pouring the metal into a mold, and removing the mold material after the metal has solidified as it cools. The most common metals processed are Aluminum (Al) and Cast Iron. However, other metals, such as Bronze, Brass, Steel, Magnesium (Mg), and Zinc (Zn), are also used to produce castings in foundries. In this process, parts of desired shapes and sizes can be formed.

They are one of the largest contributors to the manufacturing recycling movement, melting and recasting millions of tons of scrap metal every year to create new durable goods. Moreover, many such factories use sand in their molding process. They often use, recondition, and reuse sand, which is another form of recycling.

In Foundry and Refractories, for molding high–value metals there is more attention to factors such as finishing. Gilsonite can be a superior carbon additive replacing the traditional Sea Coal which has low Carbonic value compared to Gilsonite specifications. Gilsonite is used as a carbonate additive in casting sand to make plates smoother on gray iron molds. Adding Gilsonite makes a better mold that imparts a smoother finish to the cast piece and is easier to remove from the cast item. Gilsonite, in combination with sea coal, is used as special adhesives for casting sand resulting in fewer casting imperfections while improving mold release. Gilsonite is also used as the solidifying agent to shape metals. Gilsonite is used in combination with chemical compounds such as Magnesium (Mg) and Hydrated lime (Ca (OH)2) for Desulfurization practice in the steel industry. 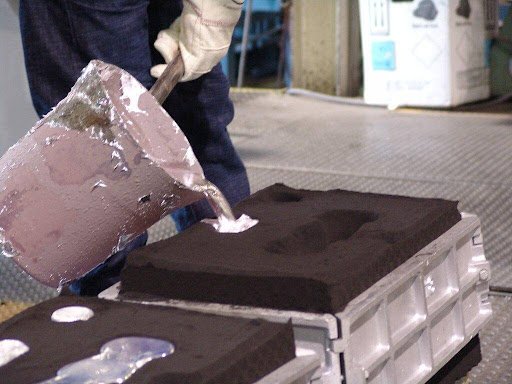 For high–value Iron Castings, Gilsonite performs in foundry sand like no other carbon additive. Foundries around the world have known for decades that when the fire of molten Iron is mixed with sand, Gilsonite makes the difference. For your complex, high–value Iron Castings, Gilsonite performs like no other carbon additive. Gilsonite’s naturally superior properties mean high–quality castings with better finish and fewer imperfections.

In terms of quality, high worth iron castings, natural bitumen performs like no alternative carbon additive. Natural bitumen is additionally used as an effervescent additive in casting sands that make power tool plates on gray iron castings. In sand case, by adding natural bitumen and asphalts at around one–third the amount of bituminous coal the pitch had equivalent volatiles. Physical sand properties with natural bitumen resin are equal or superior to bituminous coal at considerably lower additive levels. Gilsonite can be used in foundry sands as a carbon additive instead of Sea Coal, which is the conventional item for this application.

The key factor for using Gilsonite as foundry sand additives is the high lustrous carbon content, which also includes a good amount of fixed carbon within. The key matter is adding a secondary layer of graphite while the layer made from Gilsonite carbon prevents the generation of Carbon Monoxide (Co) to the Graphite Layer. This procedure is called creating a reductive atmosphere. While lustrous carbon content is an important factor in the high–value metal foundry, it provides a better finish for molding the gas generation provided by the Gilsonite is 3 times more than sea coal. This results form an upgraded mold release.

Compositions of binders and other proprietary materials used to make molds and cores for producing castings are well known. Typical foundry compositions include ingredients such as Sodium (Western) Bentonite, Calcium (Ca) (Southern) Bentonite, Fire Clay (Kaolinite), Sea Coal, a highly volatile Carbonaceous material such as Gilsonite, Cereal, Cellulose (C6H10O5) and/or any of the other commonly used foundry sand additives. 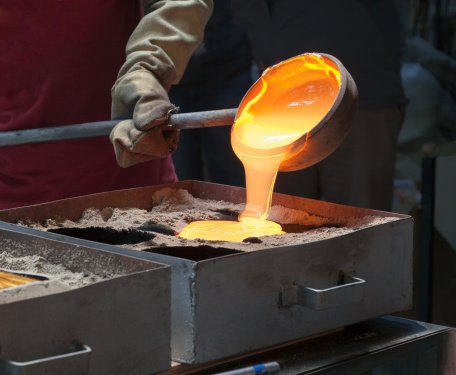 Foundry sands, which are composed mainly of Silica Sand (SiO2) with Clays and Carbonaceous materials mixed and pulled together when compacted to form molds, resist penetration by molten metal and the tendency of the molding sand to fuse or stick to the casting. One of the problems associated with the known blend carbonaceous additives discussed above, particularly believed due to Sea Coal, is the smoke and other emissions that can be environmentally hazardous. These gasses are released when the materials are heated in an Oxygen–free atmosphere.

Gilsonites’ high lustrous carbon content improves the final quality of the finishing significantly and it is very suitable for molding high value metals. Also the mold release is more effective with presence of Gilsonite as the gas generation is twice higher than sea coal. Carbonic nature of natural bitumen adapts to the high temperature molding procedures well and reduces the reaction between the casting and the mold.

Gilsonite is combined with coal and other ingredients as an additive in foundry sands is a sand that when moistened and compressed or oiled or heated tends to pack well and hold its shape. It is used in the process of sand casting for preparing the mould cavity to insure the quality of the molded part.

The lower gas evolution should reduce ventilation load on the pouring floor. The physical property relationships developed in new mixes were confirmed by sand using Gilsonite as an additive. Gilsonite is as a carbonate additive too and can be added to sands of foundry and play the role of a strong adhesive for them.

This reduces the downtime of casting operations. The most important uses of Gilsonite for foundry are as follows:

■   Reduce the reaction between mold and melting material.

■   The template is released with ease. 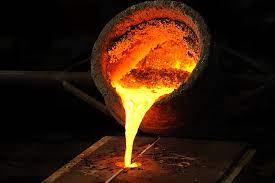 Ratio of Gilsonite in Foundry:

When the additive is combined with the clay, the nominal percentages by weight of the preened would be around 4% Iron Oxide, 4% Gilsonite and 16% Metallurgical Coke, the balance being essentially 70% to 75% Clay and small amounts of other materials.

In the case of greater than normal amounts of smoke and / or emissions, the amount of the Iron Oxide can be increased in steps of 0.5% of the preened with a similar reduction in the Metallurgical Coke.

In the case of poor shakeout peel or casting surface problems the highly volatile carbonaceous material such as Gilsonite can be increased in 0.5% steps with a similar reduction in the clay portion of the preened.

The permissible ranges of constituents beyond which the additive would be less effective, expressed as a percentage by weight of the preened, are 2% – 6% Iron Oxide, 6% – 2% Gilsonite, and 12% – 18% Metallurgical Coke.

Advantages of Using Gilsonite as an additive in Foundry Sands:

■   Reductive atmosphere for less reaction between mold and casting for fewer imperfections.

■   Gilsonite supply for Foundry application has same lustrous carbon content comparing to the Gilsonite Foundry Grade while the price is also much closer to sea Coal prices which have dropped with the Oil price drop during the past years.