Fossil Oils are oil formed by natural processes, such as anaerobic decomposition of buried dead organisms, containing organic molecules originating in ancient photosynthesis that release energy in combustion. Such organisms and their resulting fossil oils typically have an age of millions of years, and sometimes more than 650 million years. Fossil oils contain high percentages of carbon and include Petroleum, Coal, and natural gas. Peat is also sometimes considered a fossil fuel. Commonly used derivatives of fossil fuels include kerosene and Propane. Fossil oils range from volatile materials with low carbon–to–hydrogen ratios (like Methane (CH4)), to liquids (like petroleum), to non–volatile materials composed of almost pure carbon, like anthracite coal (Hard Coal). Methane can be found in hydrocarbon fields alone, associated with oil, or in the form of Methane Clathrates (CH4·5.75H2O). 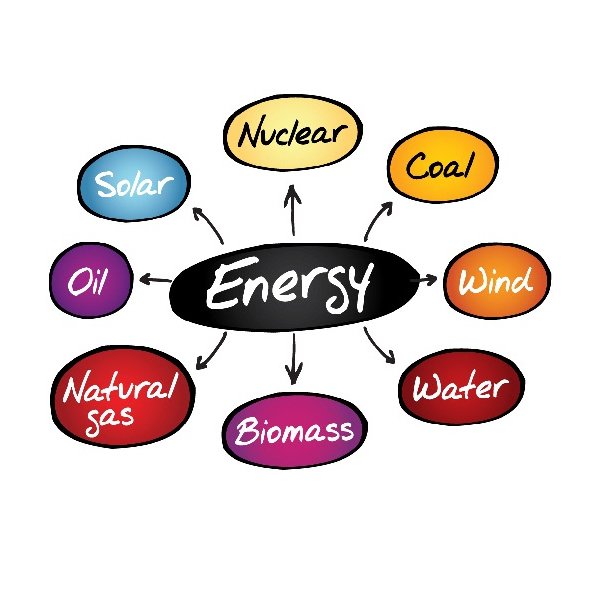 Non–fossil sources include nuclear (4.4%), Hydroelectric (6.8%), and other renewable (4.0%, including geothermal energy, Solar power, Tidal power, Wind, Wood and Waste). The share of renewable (including traditional biomass) in the world’s total final energy consumption was 18% in 2018. Compared with 2017, world energy–consumption grew at a rate of 2.9%, almost double its 10–year average of 1.5% per year, and the fastest since 2010.

Although fossil oils are continually formed by natural processes, they are generally classified as non–renewable resources because they take millions of years to form and known viable reserves are being depleted much faster than new ones are generated.

Most air pollution deaths are due to fossil fuel combustion products. It is estimated to cost over 3% of global GDP, and fossil oil phase–out would save 3.6 million lives each year.

The use of fossil oils raise serious environmental concerns. The burning of fossil oils produces around 35 billion tones (35 gigatonnes) of Carbon Dioxide (CO2) per year. It is estimated that natural processes can only absorb a small part of that amount, so there is a net increase of many billion tones of atmospheric carbon dioxide per year. CO2 is a greenhouse gas that increases radioactive forcing and contributes to global warming and ocean acidification. A global movement towards the generation of low–carbon renewable energy is underway to help reduce global greenhouse–gas emissions.

The theory that fossil oils formed from the fossilized remains of dead plants by exposure to heat and pressure in the Earth’s crust over millions of years. The first use of the term “Fossil oil” occurs that in the phrase “fossil oil” the adjective “fossil” means “Obtained by digging; found buried in the earth,” came to refer primarily to long–dead organisms.

Fossil oils are of great importance because they can be burned (oxidized to carbon dioxide and water), producing significant amounts of energy per unit mass. The use of coal as a fuel predates recorded history. Coal was used to run furnaces for the smelting of metal ore. While semi–solid hydrocarbons from seeps were also burned in ancient times, they were mostly used for waterproofing and embalming. Commercial exploitation of petroleum began in the 19th century, largely to replace oils from animal sources (notably whale oil) for use in oil lamps. Natural gas, once flared–off as an unneeded byproduct of petroleum production, is now considered a very valuable resource. Natural gas deposits are also the main source of helium.

Heavy crude oil, which is much more viscous than conventional crude oil, and oil sands, where bitumen is found mixed with sand and clay began to become more important as sources of fossil fuel in the early 2000s. Oil shale and similar materials are sedimentary rocks containing kerogen, a complex mixture of high–molecular weight organic compounds, which yield synthetic crude oil when heated. With additional processing, they can be employed in lieu of other established fossil fuels. More recently, there has been disinvestment from exploitation of such resources due to their high carbon cost relative to more easily processed reserves. 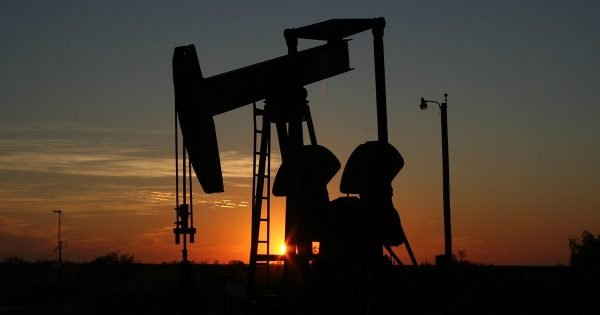 Prior to the latter half of the 18th century, windmills and watermills provided the energy needed for industry such as milling flour, sawing wood or pumping water, while burning wood or peat provided domestic heat. The wide–scale use of fossil fuels, coal at first and petroleum later, in stream engines enabled the industrial revolution. At the same time, gas lights using natural gas or coal gas were coming into wide use. The invention of the internal combustion engine and its use in automobiles and trucks greatly increased the demand for gasoline and diesel oil, both made from fossil fuels. Other forms of transportation, railways and aircraft, also require fossil fuels. The other major use for fossil fuels is in generating electricity and as feedstock for the petrochemical industry. Tar, a leftover of petroleum extraction, is used in construction of roads.