Diammonium Phosphate fertilizers first became available in the 1960s. DAP rapidly became the most popular in this class of products. It’s formulated in a controlled reaction of Phosphoric Acid (V) with Ammonia (NH3). The hot slurry is then cooled, granulated and sieved. DAP handles and stores well. The standard nutrient grade of DAP is relatively high, at 18–46–0, so fertilizer products with lower nutrient content may not be labeled DAP. The high nutrient content of DAP helps reduce handling, freight and application costs. DAP is produced in many locations in the world and it is widely traded fertilizer commodity. 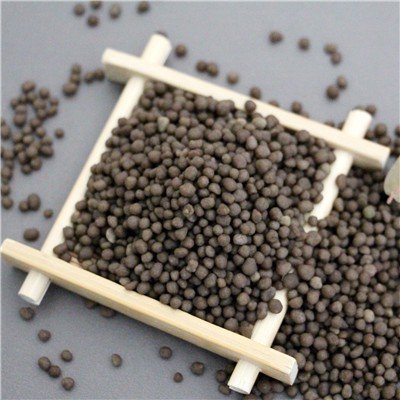 Diammonium Phosphate (DAP) is used as a fertilizer. When applied as plant food, it temporarily increases the soil PH, but over a long term the treated ground. It becomes more acidic than before upon nitrification of the ammonium. It is incompatible with alkaline chemicals because its ammonium ion is more likely to convert to ammonia in a high–pH environment. The average pH in solution is 7.5–8. The typical formulation is 18–46–0 (18% N, 46% P2O5, 0% K2O).

DAP can be used as a fire retardant. It lowers the combustion temperature of the material, decreases maximum weight loss rates. It also causes an increase in the production of residue or char. These are important effects in fighting wildfires as lowering the pyrolysis temperature and increasing the amount of char formed reduces that amount of available fuel and can lead to the formation of a firebreak. It is the largest component of some popular commercial firefighting products.