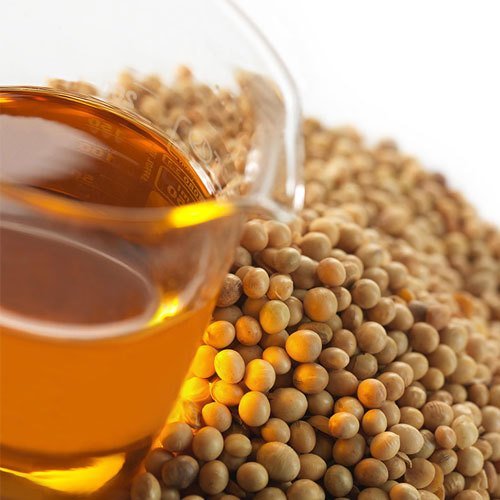 Soybeans are grown in many countries around the world, and serve as an excellent source of oil and protein for human and animal consumption. Production of soybeans has been steadily increasing during the past 20 years due to increasing demand for soybean for use. However, the increase in soybean production has also led to an increase in soybean oil production for use in human foods and animal feed, with over 11 million tons of soybean oil. Similarly, global production of vegetable oils has increased dramatically during the past 20 years. Palm oil is the predominant oil produced worldwide, and represents about 35% of total production, followed by soybean oil (26%), rapeseed or canola oil (15%), and sunflower oil (9%). The remaining 15% of global vegetable oil production includes palm kernel oil, cottonseed oil, peanut oil, coconut oil, olive oil, and corn oil. In addition, the oilseed industry also produces lecithin, soap stock, acid oils, and fatty acid distillates which are also used directly or through further processing and blending with other lipids in animal feeds. In addition, by–products from the food industry such as restaurant grease, dried fats, mono – and diglycerides, and emulsifiers are also used as energy sources in animal feeds but to a lesser extent than vegetable oils. The production and use of animal fats for use in animal feeds has also increased over time, but less than for vegetable oils. Common animal fats used in the feed industry include edible and inedible tallow, yellow grease (19%), lard and choice white grease (12%), and poultry fat. Lastly, animal fats are often blended with vegetable oils to produce various animal–vegetable blends that are also used as energy source in livestock and poultry feeds. Soybean oil is the most widely used and extensively research lipid source around the world. Although soybean oil is produced primarily for human consumption, large quantities of crude, degummed soybean oil is produced for use in domestic and export market. Canada and Latin America represent 61% of total soybean oil exports. Soybean oil has become a preferred lipid source for use in diets because it is produced in large quantities annually to ensure a consistent, abundant supply. Soybean oil also contains more metabolizable energy than other commonly used lipid sources and its quality and composition is more consistent than most other oils in the market.

Soybean farmers harvest soybeans when the moisture content of about 13% is usually achieved by natural drying in the fields before harvesting. Achieving this moisture content is important for two reasons:

1) Lower moisture can lead to Soybeans splitting during handling and;

2) Higher moisture can cause mold growth or heat damage. In either case, preventing these types of damage is important to achieve a high grade and price, as well as optimize the amount and quality of oil from processing. Soybeans are typically stored in metal bins or concrete silos on farms or local elevators until delivery to the soy crushing facility.

Once Soybeans are delivered from the farm to the soy crushing facility, they undergo a cleaning process to remove foreign material (e.g. stems, pods, broken seeds, dirt, and stones) by using shaker screens and aspirators.

Next, the soybeans are pre–conditioned by heating and drying to a moisture content of about 9.5%. This improves the efficiency of hull removal, which is accomplished by cracking the seeds into smaller pieces with a corrugated roller mill, followed by aspiration of the hulls from the rest of the seed (“meat”). Fortunately, Soybean hulls are relatively easy to remove compared to other oilseeds. Soybean hulls are removed because they contain less than 1% oil, increase the protein and reduce the fiber content of Soybean meal, and reduce the volume of material undergoing further processing to reduce cost and improve efficiency of oil extraction. Aspirated hulls may be passed through gravity tables that further separate any remaining small particles of “meat”.

Cleaned and dehulled Soybeans are subsequently conditioned by heating to 74 °C to soften the seed before flaking (0.25 mm) through smooth roller mills. It is important to achieve proper cracking and conditioning because this causes the desired cell rupture for efficient oil extraction and minimize the amount of fine particles that interfere with optimal flaking and oil extraction. The goal is to produce highly distorted membranes surrounding oil in cells and cell walls so that the oil can be easily extracted. Alternatively, use of expanders increases cell distortion and produces more dense pellets (collets) to allow easier oil extraction than from flakes. The extent of use of expanders to process flakes vary among soy processing facilities ranging from one–third to all flakes being expanded, and may improve oil quality by inactivating phospholipases which cause phospholipids to not be hydratable. Flakes or collets are then conveyed to various types of extraction equipment (chain, basket, shallow–bed, deep–bed), where the solvent is continuously passed countercurrent to the transport of solids for 30 to 45 minutes in six or more stages. Extraction occurs by percolation rather than immersion by allowing the solvent to flow by gravity through the extraction equipment. The solvent is comprised of a mixture of hexane isomers (45% to 70% n–hexane) obtained from petroleum distillate, and has a boiling temperature in the range of 65 °C to 71 °C. The highest quality oil, which is low in non–triacylglycerol components is extracted first, and as extraction continues, lower quality oil containing increasing concentrations of phosphatides, free fatty acids, and pigments is produced. Most soybean processors extract as much oil as possible so that only 0.5% to 1.25% residual oil remains in the meal after the extraction process is complete.

The oil rich extract containing 20% to 30% oil, is transferred to solvent recovery equipment. Solvent recovery consists of two–stage evaporators and an oil stripper. After exiting the first–stage evaporator, the oil content is increased to about 65% to 70% oil, and after heating with vapors from the desolventized toaster and going through the second–stage evaporator, the oil concentration is increased to 90% to 95%. Steam–injection vapor, high temperature and vacuum are used in the oil stripper to remove the solvent to a concentration of less than 0.2% in the soybean oil. The temperature in the oil stripper should not exceed 115 °C to prevent burning the oil and causing a dark color. All of the evaporated solvent is recycled back to the extractor, and oil is transferred to a vacuum dryer to remove any residual steam condensate from the stripper. The crude soybean oil is then cooled and moved to storage. A high proportion of crude soybean oil is transported to refineries for further processing into refined soybean oil for human foods.

Crude soybean oil can be stored for extended periods of time in large tanks provided that it has been cooled to ambient air temperature, has limited exposure to air, and has very low moisture content. The natural antioxidants (e.g. Tocopherols, Tocotrienols, Phosphatides) present in soybean oil provide significant protection from oxidation. However, Phosphatide deposits may form on the bottom of storage tanks and transport equipment used for shipping crude soybean oil. Chemical characteristics of solvent extracted soybean oil are shown in Table 2., which indicate very high quality due to low moisture, free fatty acid and phosphorus content.

The low peroxide value and high Active Oxygen Method (AOM; AOCS Method Cd. 12-57) stability indicate minimal oxidation occurs during the oil extraction process. Some Soybean processing plants degum crude soybean oil to produce Phosphatides and market them as Lecithin before shipping to refineries for further processing. As a result, crude, degummed soybean oil is produced and marketed and feed grade oil for use in animal feeds. However, because there is a limited market for soy lecithin, gums are often added back to the meal in the toaster to evaporate water and improve the metabolizable energy content of soybean meal.