It is becoming increasingly costly. Substitutes have been designed to use as alternatives. In the United States, 100%  cocoa butter must be used for the product to be called chocolate. The EU requires that alternative fats not exceed 5% of the total fat content.

Unlike the name may suggest, Cocoa butter does not come from dairy product. It’s actually made from the cocoa bean, which makes it somewhat difficult to find a cocoa butter substitute that matches its exact flavor and texture.

What is Cocoa Butter?

Along with Cocoa Powder, Cocoa Butter (also called Cacao Butter) is produced from Cocoa Beans. As such, cocoa butter is vegan and dairy–free. It’s a pure fat that chefs typically use to make some types of chocolate, baked goods, ice cream, and cosmetic items such as lotions.

As you might expect, cocoa butter has a chocolaty smell and taste. It has a low melting point (around human body temperature). So it doesn’t take much to melt it down for use in cakes and other sweets. Before you melt it, however, it’s important to break down the cocoa butter into smaller pieces so that it melts in the correct way.

Another tip: when purchasing cocoa butter for the kitchen, be sure that you buy the edible type – not the one you use in cosmetics.

There are plenty of situations in which you might need a cocoa butter substitute. Cocoa butter can be expensive and difficult to find outside of specialty stores. So in some cases, you might be better off using something else.

Coconut oil is arguably the most straightforward cocoa butter substitute that you can find. Instead of melting the cocoa butter, simply pour an equivalent amount of coconut oil and add it to your recipe. It won’t have the same decadent chocolate taste of cocoa butter, but it still brings a high amount of fat into your food.

Cacao paste (or cocoa paste) is another option, but it can also be challenging to find. Confectioners love it because it offers a pure and authentic chocolate taste. Like with cocoa butter, cacao paste comes from roasted and ground cocoa beans. It’s then pulverized and pressed before being sold. Cacao paste has a strong taste, so use it sparingly when substituting for cocoa butter.

As you may have noticed, finding a reliable cocoa butter substitute isn’t quite as easy as it sounds. Fortunately, cocoa butter is becoming more readily available from health food and specialty stores. You should be able to track down the real stuff without too much hassle.

Cocoa Butter is a major ingredient in practically all types of chocolates (White Chocolate, Milk Chocolate, and Dark Chocolate). This application continues to dominate consumption of Cocoa Butter. Pharmaceutical companies use cocoa butter’s physical properties extensively. As a non–toxic solid at room temperature that melts at body temperature, it is considered an ideal base for medicinal suppositories. 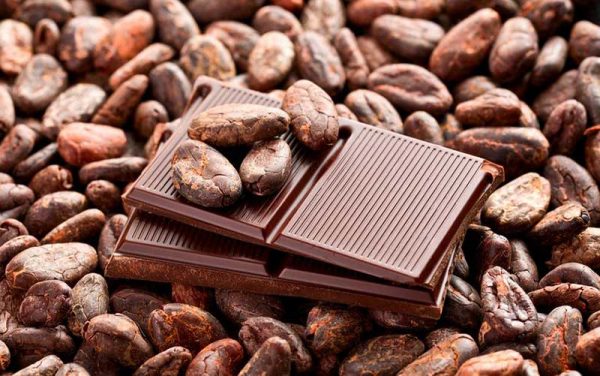 Cocoa Butter typically has a melting point of around 34 ºC – 38 °C (93 ºF – 101 °F). Chocolate is solid at room temperature but readily melts once inside the mouth. Cocoa butter displays polymorphism, having different crystalline forms with different melting points.

Conventionally the assignment of cocoa butter crystalline forms uses the nomenclature of Wille and Lutton with forms I, II, III, IV, V and VI having melting points 17.3, 23.3, 25.5, 27.5, 33.8 and 36.3 °C, respectively. The production of chocolate aims to crystallize the chocolate so that the cocoa butter is predominantly in form V, which is the most stable form that can be obtained from melted cocoa butter. (Form VI either develops in solid cocoa butter after long storage, or is obtained by crystallization from solvents). A uniform form V crystal structure will result in Smooth Texture, Sheen, and Snap. This structure is obtained by chocolate tempering.

We recommend the following 13 ultimate options you can consider for the Cocoa Butter Substitution. 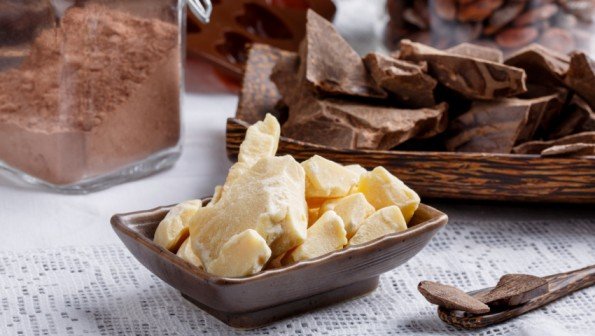