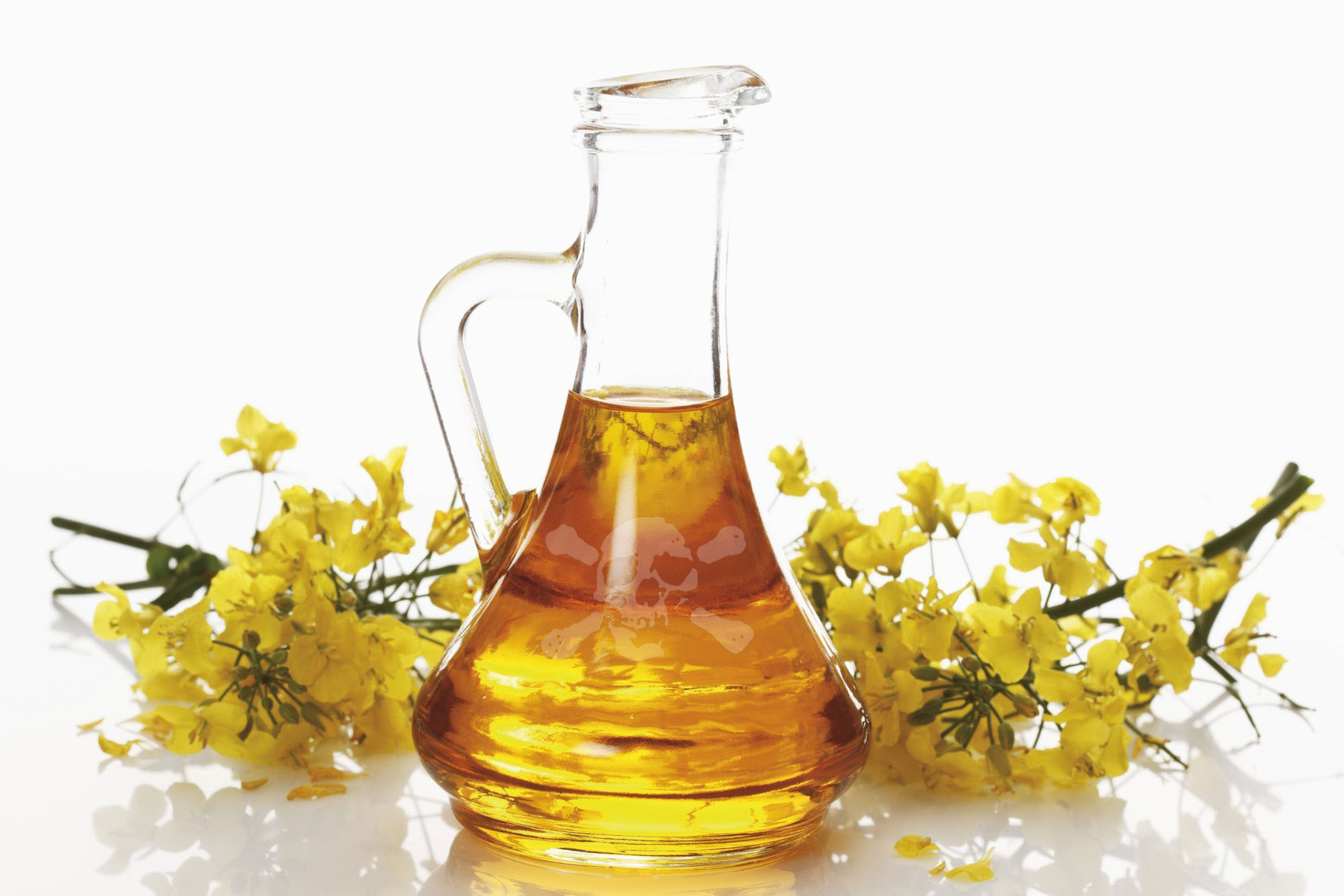 Canola Oil is a vegetable oil derived from a variety of rapeseed that is low in erucic acid, as opposed to colza oil. Canola was originally a trademark name of the Rapeseed Association of Canada, and the name was a condensation of “Can” from Canada and “OLA ” meaning “Oil, low acid”, but is now a generic term for edible varieties of rapeseed oil in North America and Australia.

The change in name serves to distinguish it from natural rapeseed oil, which has much higher erucic acid content. There are both edible and industrial forms produced from the seed of any of several cultivars of the plant family Brassicaceae, namely cultivars of Brassica napus L., Brassica subsp. oleifera (syn. B. campestris L.), or Brassica juncea, which are also referred to as “canola”.

Consumption of the oil has become common in industrialized nations. It is also used as a source of biodiesel.

Canola oil is made at a processing facility by slightly heating and then crushing the seed. Almost all commercial canola oil is then extracted using hexane solvent which is recovered at the end of processing. Finally, the canola oil is refined using water precipitation and organic acid to remove gums and free fatty acids, filtering to remove color, and deodorizing using steam distillation. The average density of canola oil is 0.92 g/mL (0.033 lb/cu in).

Cold–pressed and expeller–pressed canola oil is also produced on a more limited basis. About 44% of a seed is oil, with the remainder as a canola meal used for animal feed. About 23 kg (51 lb) of canola seed makes 10 L (2.64 US gal) of canola oil. Canola Oil is a key ingredient in many foods. Its reputation as a healthy oil has created high demand in markets around the world, and overall it is the third-most widely consumed vegetable oil, after Soybean Oil and Palm Oil.

The oil has many non–food uses and, like soybean oil, is often used interchangeably with non–renewable petroleum-based oils in products, including industrial lubricants, biodiesel, candles, lipsticks and newspaper inks, depending on the price on the spot market.

Canola vegetable oils certified as organic are required to be from non-GMO rapeseed.