Bitumen Penetration or Asphalt is a sticky, black, highly viscous liquid or semi–solid form of petroleum. It may be found in natural deposits or may be a refined product, and is classed as pitch. Before the 20th century, the term Asphaltum was also used. The word is derived from the Ancient Greeks. The Pitch Lake is the largest natural deposit of asphalt in the world, estimated to contain 10 million tons. It is located in La Brea in southwest of Trinidad.

The primary use (70%) of asphalt is in road construction, where it is used as the glue or binder mixed with aggregate particles to create asphalt concrete. Its other main uses are for bituminous waterproofing products, including production of roofing felt and for sealing flat roofs. 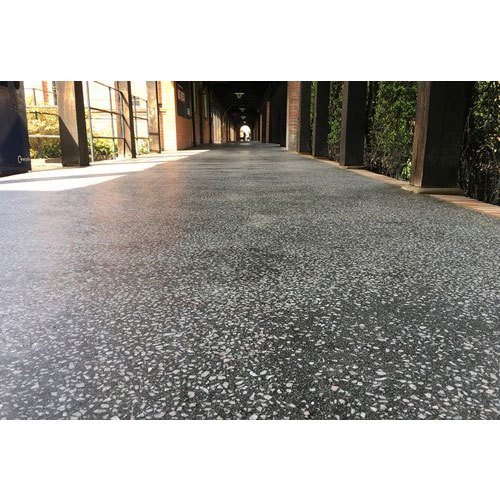 A road surface or pavement is the durable surface material laid down on an area intended to sustain vehicular or foot traffic, such as a road or walkway. In the past, gravel road surfaces, cobblestone and granite sets were extensively used, but these have mostly been replaced by asphalt or concrete laid on a compacted base course. Asphalt mixtures have been used in pavement construction since the beginning of the 20th century and are of two types:

(1) Metalled roads: Metalled roadways are made to sustain vehicular load and so are usually made on frequently–used roads.

Today, permeable paving methods are beginning to be used for low–impact roadways and walkways. Pavements are crucial to countries such as United States and Canada, which heavily depend on road transportation.  Therefore, research projects such as Long–Term Pavement Performance have been launched to optimize the life cycle of different road surfaces.

It is classified using the penetration property. Penetration grading’s basic assumption is that the less viscous the asphalt, the deeper the needle will penetrate. It is produced during the process of oxidation of vacuum bottom (Bitumen penetration production feedstock that is derived from distillation tower residue in vacuum oil refineries) at bitumen production unit in a manner that its penetration point (kind of test to indicate the hardness of bitumen) in specified group is classified in different grades of Bitumen.

Bitumen penetration is commonly used in road surfacing, and some industrial applications. Additional processing yields other grades of bitumen products and their application.

Asphalt concrete (commonly called asphalt, blacktop, or pavement in North America, and tarmac, Bitumen Macadam, or rolled asphalt in the United Kingdom and the Republic of Ireland) is a composite material commonly used to surface roads, parking lots, airports, and the core of embankment dams. Asphalt mixtures have been used in pavement construction since the beginning of the twentieth century. It consists of mineral aggregate bound together with asphalt, laid in layers, and compacted.