Aviation jet fuel is petroleum based fuel, or petroleum and synthetic fuel blend, used to power aircraft. They have more stringent requirements than fuels used for ground use, such as heating and road transport, and contain additives to enhance or maintain properties important to fuel performance or handling. It is designed for use in aircraft powered by gas–turbine engines. It is colorless to straw-colored in appearance. The most commonly used fuels for commercial aviation are Jet A and Jet A–1, which are produced to a standardized international specification. The only other jet fuel commonly used in civilian turbine engine powered aviation is Jet B, which is used for its enhanced cold weather performance.

Jet fuel is a mixture of a variety of hydrocarbons. Because the exact composition of jet fuel varies widely based on petroleum source, it is impossible to define jet fuel as a ratio of specific hydrocarbons. Jet fuel is therefore defined as a performance specification rather than a chemical compound. Furthermore, the range of molecular mass between hydrocarbons (or different carbon numbers) is defined by the requirements for the product, such as the freezing point or smoke point. Kerosene–type jet fuel (including Jet A and Jet A–1, JP–5, and JP–8) has a carbon number distribution between about 8 and 16 (carbon atoms per molecule); wide–cut or Naphtha – type jet fuel (including Jet B and JP–4), between about 5 and 15.

Aviation jet fuel is commonly referred to as JP54. However, this is the wrong terminology as there is no such grade of Jet Fuel. Jet A and Jet A–1 are what refineries offer. Aviation Jet fuel Gas is what powers turbine aircraft engines. Worldwide, Jet Fuel is the most used low Sulphur content Kerosene. For instance, Colonial JP54 is similar to Jet A except the energy is 18.4 mj/Kg compared to the 42.8 MJ/kg of Jet A. Most importantly there is also a slight difference in additives. 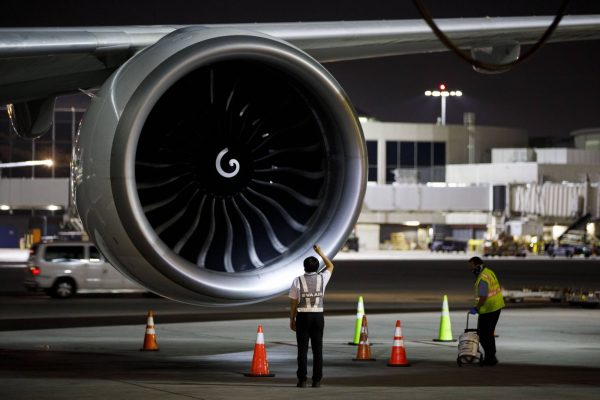 Aviation Jet Fuel B is used for its extremely cold weather performance.  However, aviation Jet fuel B’s lighter composition makes it more dangerous to handle. For this reason, it is rarely used except in very cold climates. A blend of approximately 30% Kerosene and 70% Gasoline. Because of its very low freezing point (−60 °C (−76 °F), it is known as a wide–cut fuel and has a low flash point as well. Aviation Jet Fuel B is primarily used in some military aircraft. In  Canada, it is also used because of its freezing point. Aviation Kerosene standards are published as GOST–10227–86. The standard consists of different properties. It separates paraffin and gasoline in the refinery.

Military organizations around the world use a different classification system of JP (for “Jet Propellant”) numbers. Some are almost identical to their civilian counterparts and differ only by the amounts of a few additives. For instance, Jet A–1 is similar to JP–8, Jet B is similar to JP–4.  Military fuels are highly specialized products and are developed for very specific applications. Jet fuels are sometimes classified as kerosene or naphtha–type. Kerosene–type fuels include Jet A, Jet A–1, JP–5 and JP–8. Naphtha type jet fuels, sometimes referred to as “wide–cut” Jet Fuel, including Jet B and JP–4.

Jet A specification fuel has been used in the United States since the 1950s.  However, it is usually not available outside the United States and a few Canadian airports such as Toronto and Vancouver. Jet–A1 is the standard specification fuel used by the rest of the world other than the former Soviet states where TS–1 is the most common standard. Both Jet A and Jet A–1 have a flashpoint higher than 38 °C (100 °F), with an auto ignition temperature of 210 °C (410 °F). 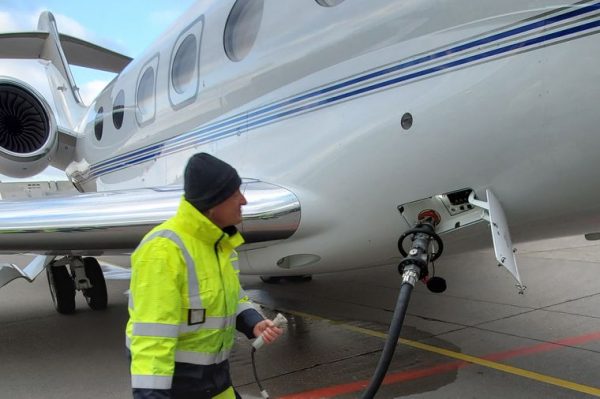 Differences between Jet A and Jet A–1:

The primary difference is the lower freezing point of A–1:

The other difference is the mandatory addition of an anti-static additive to Jet A–1. Jet A trucks, storage tanks, and plumbing that carry Jet A are marked with a black sticker with “Jet A” in white printed on it, adjacent to another black stripe.

Typical physical properties for Jet A and Jet A–1:

Jet A fuel must reach ASTM specification D1655 (Jet A).

It is an abbreviation for “Jet Propulsion, A1 and Kerosene Colonial Grade 54”.  For instance, during the refining process only 15% of the crude oil makes up of JP54 but the rest of the grades used for different types of plastic.

JP54 powers gas turbine aircraft engines. Jet A and A–1 have specifications that it uses in fuel worldwide. Jet B uses in cold weather elements. Commonly a number of different mixtures make up jet fuel. This relates to flashpoints and how the carbon numbers distribute.

Jet Fuel exported from Russia etc. is “JP54” or “Colonial JP54”. It is similar to “Jet A” except the specific energy is 18.4 mj/kg. compares to that of 42.8 mj/kg. of “Jet A” but there is a slight difference in additives. The Jet Fuels come in a number of flavors. There is a 100+ page handbook to specify them all. However, all the Jet Fuels relate to additives to A1, which allows the plane not to leave a whitetail in the sky showing where a plane has been.

Jet Fuel is Kerosene and not a distillate like Gasoil/Diesel. In the refinery, it separates above gasoline and paraffines. There is no special temperature consideration to consider. Remember that at 40,000 feet it is –46 ºC more or less regardless of where you are and the season. The only problem relates to temperature is when you fill in a wet, hot climate, the air you take along in the same tanks contains a lot of water. It condenses and forms spiking ice crystals that will destroy the jet turbine. The airlines have fixed this with additives, usually fatty acids. Military Grade Jet Fuel produced by the refineries and delivers directly since they require special additives.