Automotive Gas Oil (AGO Diesel), also known as diesel, is generated from crude distillation process. It is used to efficiently power internal combustion diesel engines. Automotive gas oil (AGO) diesel fuel in general is any liquid fuel used in diesel engines, whose fuel ignition takes place, without any spark, as a result of compression of the inlet air mixture and then injection of fuel. (Glowplugs, grid heaters and block heaters help to achieve high temperatures for combustion during engine startup in cold weather.) Diesel engines have found broad use as a result of higher thermodynamic efficiency and thus fuel efficiency. This is particularly noted where diesel engines are run at part–load; as their air supply is not throttled as in a petrol engine, their efficiency still remains very high.

Automotive Gas Oil (AGO) Diesel, is the name given to fuel intended for use in road vehicles (Trucks, Buses, Vans and Cars) powered by diesel engines.

Automotive Gas Oil (AGO) is used in two main types of vehicles: 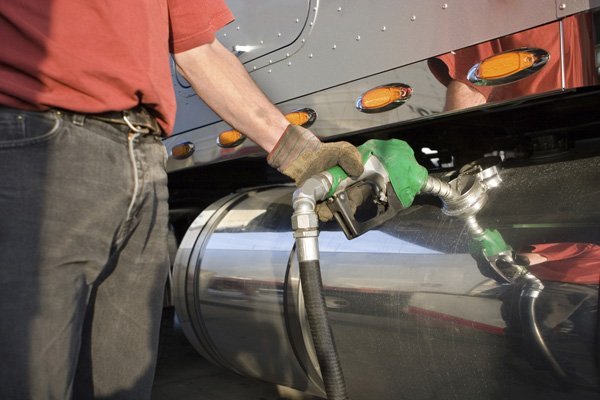 Diesel engines are usually and widely are used in really heavy duty vehicles. Such vehicles are frequently operated in fleets and are re–fuelled centrally with fuel delivered direct from the supplier. In the light duty vehicle sector, recent advances in engine design now also allow light duty diesel engines to compete with gasoline engines on performance grounds.

Light duty vehicles are generally re–fuelled through retail outlets. Although the emphasis differs, in both sectors the customers will be generally looking for fuel that provides Economy, Power, Reliability and Environmental acceptability.

The most common type of Automative Gas Oil (AGO) diesel fuel is a specific fractional distillate of petroleum fuel oil, but alternatives that are not derived from Petroleum, such as Biodiesel, Biomass to liquid (BTL) or Gas To Liquid (GTL) diesel, are increasingly being developed and adopted. To distinguish these types, petroleum–derived diesel is increasingly called Petrodiesel.